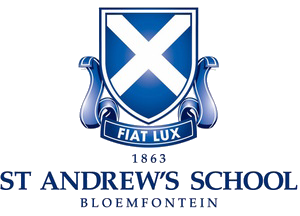 About the Old Boys Association 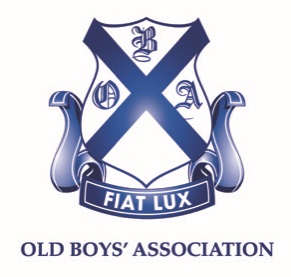 The St Andrew’s Old Boys’ Association (OBA) is a true story of success, serving the community of Old Andreans, which remains a tight-knit group.

One of the advantages of Saint Andrew’s is the small size of its classes. This means that only small numbers of boys leave the school each year. Despite this, the Association’s numbers have grown steadily, the organisation has been strengthened, and its influence is widely celebrated.
There can be few, if any, better ways of measuring the tone, the soul, character and values of a school than appraising its former pupils and their interest in the school. There is little doubt, then, that Saint Andrew’s is among the best supported schools in South Africa by its Old Boys.

They are scattered throughout South Africa, Africa, Great Britain, North America, South America, Europe, the Middle East, Far East and Australasia. The South African diaspora of the late 20th century has seen the movement of many Old Andreans to other parts of the world. Their influence has been felt in countless aspects of South African and overseas life, from the church to the professions, mining, farming and the armed services. These Old Andreans, by and large, are indeed proud of the fact that they were privileged to receive their education at St Andrew’s and have formed their own branches in various parts of the world.

The Old Boys’ Association (OBA) was formally established in July 1922 when a small group of Old Andreans in Bloemfontein, fired by the enthusiasm of Mr S M Sweet, organised the OBA on a firm basis with a well thought out constitution and committed leadership. The Association has since grown steadily, with branches in Bloemfontein, Mpumalanga, Kimberley, Maseru, East London, Port Elizabeth, Port Alfred, Knysna, Durban, Johannesburg, Cape Town, London, Dubai and Hong Kong. More informal reunions have also been held in cities such as Brisbane, Sydney, Auckland, Vancouver and Toronto.

Regular social gatherings are held in these branches and, from time to time, particularly when their own class reunions take place, Old Boys attend the main Bloemfontein reunion, which is held in September. These Old Andreans travel from far and wide, including from overseas, to Bloemfontein to visit their old school and catch up with old pals and classmates.

The Old Boys’ Association is governed and controlled by a central committee in Bloemfontein, although branches tend to be autonomous.

The Old Boys Club is located in the Victoria Park Campus across 3rd Avenue from the school. It is open on Friday evenings for parents and Old Boys to meet up and enjoy. There is a full cash bar and on special events (Derby Days and Old Boy Reunions) refreshments are arranged. Event details are advertised on Parent Communication and Old Boy emails.

Web Development by The Bitworx Group